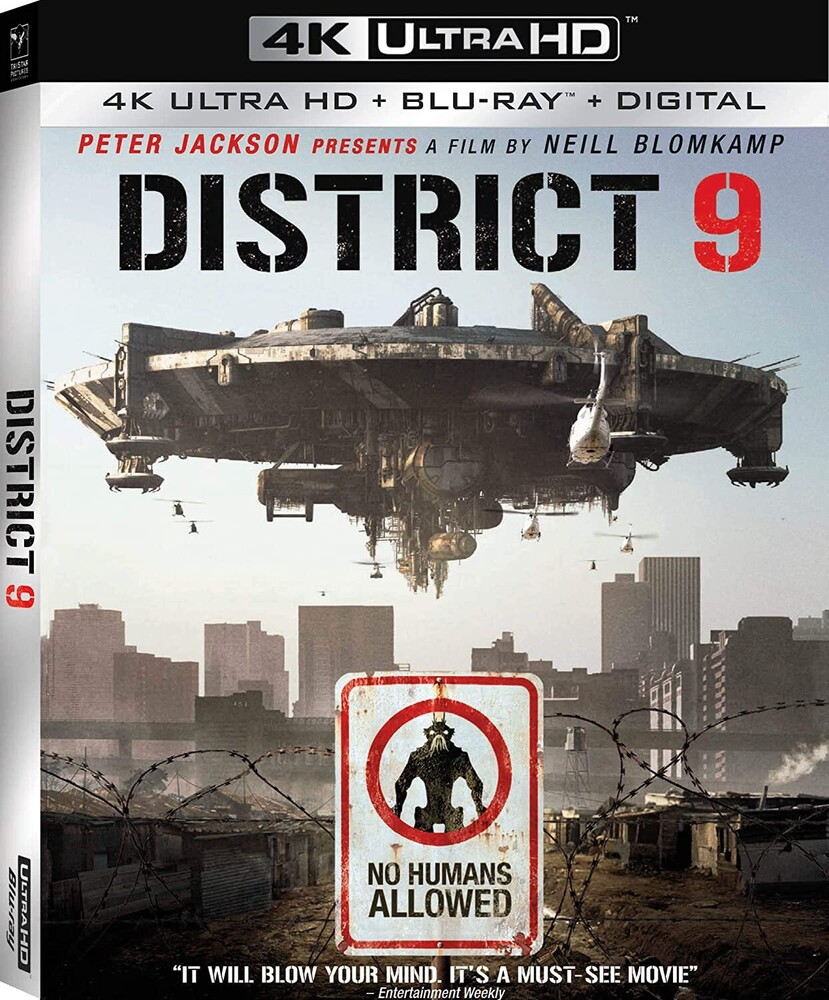 Twenty years after their ship arrives in the skies above Johannesburg, South Africa, an alien race-nicknamed "Prawns" due to their shrimp-like appearance-lives separated from humans in a slum called District 9. When an agent from a shadowy corporation tasked with moving the creatures to a new internment camp is infected with an otherworldly liquid, he attempts to stop himself from being transformed into a Prawn. Sharlto Copley, Jason Cope, Nathalie Boltt star. 112 min. Widescreen; Soundtrack: English. Two-disc set.