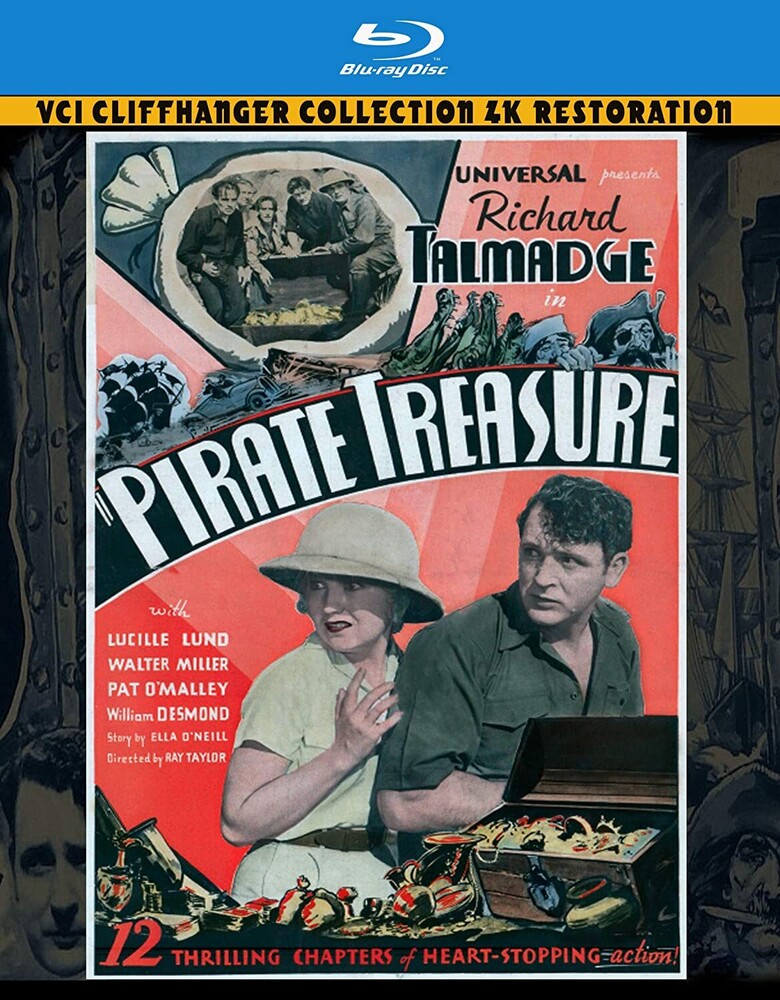 Pirate Treasure is a Universal film-serial released in1934.In search of his pirate ancestor's buried treasure, aviator Dick Moreland sets out on an expedition to the Caribbean to recover the booty. When Moreland's map is stolen by Stanley Brasset, a member of his club, he enlists the aid of Dorothy Craig to help get back the map. Unfortunately, Dorothy is kidnapped by Brasset's henchmen, so Moreland must now come to her rescue. With the map and Dorothy both recovered, they set off on Dorothy's father's yacht in route to the Island. Unbeknownst to them, under a hidden identity, Brasset joins the expedition, with his henchmen in tow as stowaways on the yacht. An attempt to take over the yacht by Brasset and his henchmen is foiled.