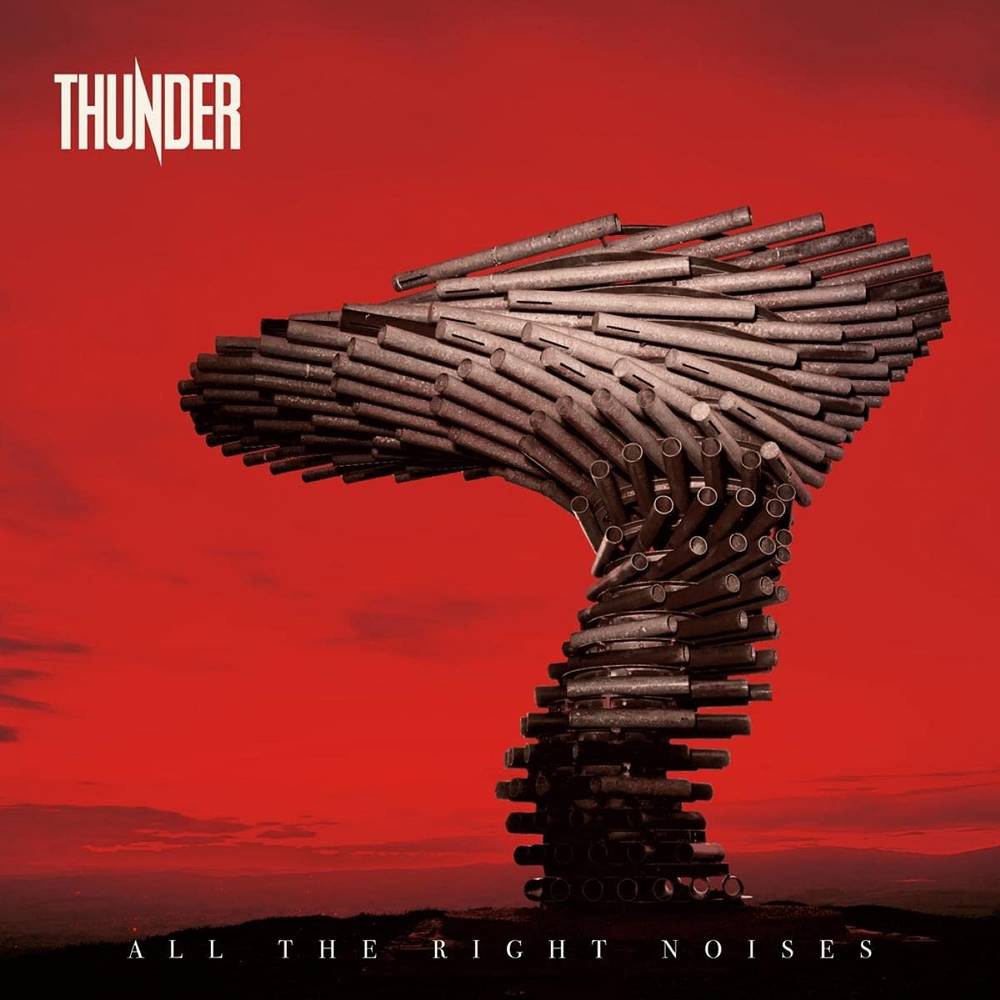 British rock legends Thunder release an expanded edition of their 13th studio album, ‘All The Right Noises’. It follows on from the album’s original release in March 2021, which saw the band maintain their incredible run, with it charting globally; as well as rave reviews: ‘A classy tour de force of songwriting prowess and pacey execution’ – Classic Rock, ‘Riotous rock and roll’ – Press Association, ‘Carries on the legacy of great rock songs’ – Fireworks. The brand new expanded edition will feature a DVD of the ‘Thunder TV Special’, which is extended here to include extra songs not broadcast when it was streamed back in March. Recorded in February and originally broadcast as a streamed event, the TV Special was in answer to the postponement of their arena tour from 2021 to 2022. Well known for their energetic live shows, the concept of playing a mock live show with no audience didn't sit well with Thunder, as the fans are always such a huge part of the energy in their shows. The solution was to film a TV style performance, in the mood of the Old Grey Whistle Test or Later… with Jools Holland, with an audience joining them in real time via Zoom. And so the Thunder TV Special was born. Filmed at Siyan Studios in High Wycombe, the webcast of this unique performance was streamed for 48 hours on the weekend of the album’s release. The show was comprised of a set list of almost all the tunes from the new album, plus some of their biggest hits, a Zoom Q&A with fan club members, and set changes from plugged in electric to sit down acoustic. The 90 minute set was a runaway hit with Thunder fans all over the globe. Classic Rock said of it ‘Thunder are in prime form, obviously loving performing again, and throughout they accentuate the special in this TV special’. This 3 disc, Digipak is a deluxe, limited edition version which includes the original album, a disc of bonus tracks and a DVD containing Thunder TV, behind the scenes, a Q&A plus all the promo videos from the album and extra bonus tracks.