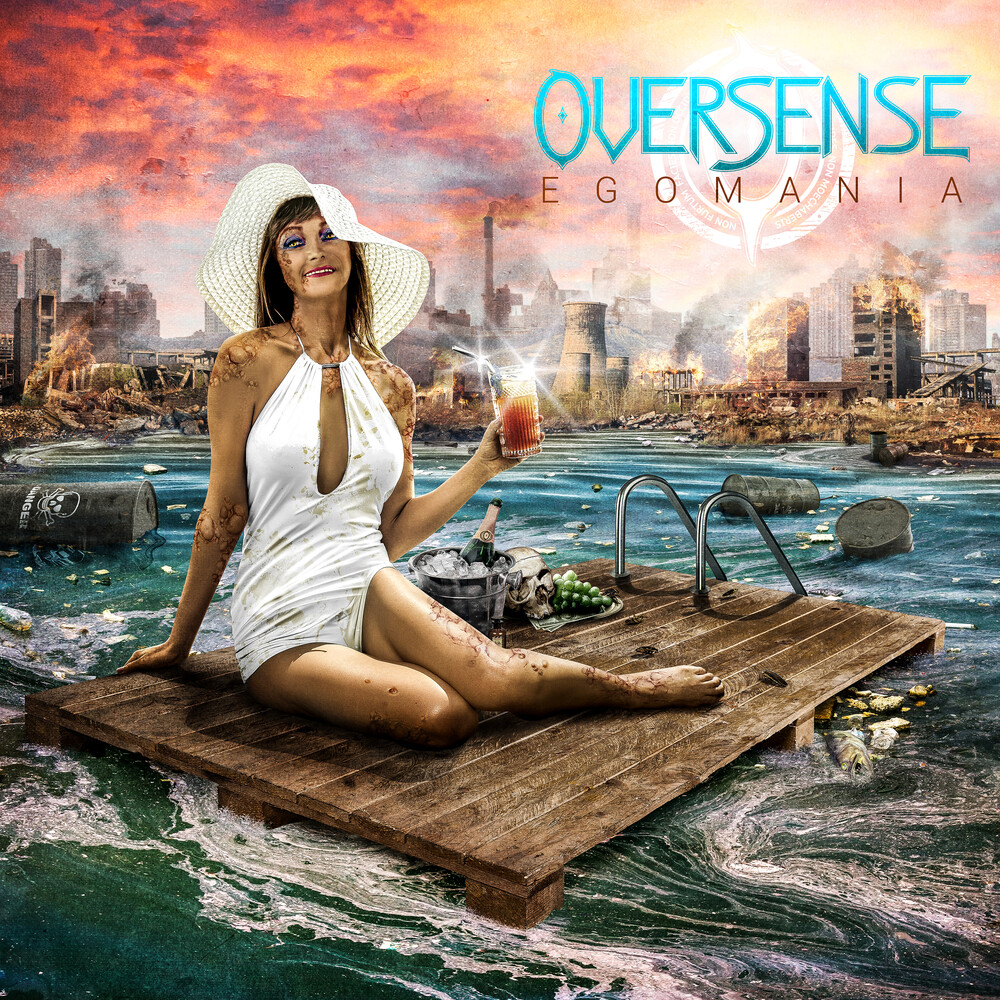 Oversense is currently one of the most emerging bands the European Metal scene has to offer. The band around the charismatic frontman Danny Meyer, YouTube star guitarist Jasmin 'Jassy J.' Pabst, bass player Marco Volpert and drummer Patrick Lippert belong to the hottest Modern Melodic Metal acts of the last years, not only since the several weeks' tour with Metal Queen Doro Pesch! With "Egomania" they deliver a more than impressive album via Dr. Music Records. Thematically perfectly fitting to the ongoing global political chaos, Fridays for Future and the current social media madness, it zeroes in on e.g. faceless fashion and beauty influencers without rhyme or reason with it's eleven songs, skillfully packed in brilliant, majestic and catchy modern Melodic Metal anthems. The album has been produced and mixed by bandleader Danny Meyer in his Sunway Studios and refined in the mastering by Miro Rodenberg and Olaf Reitmeier of the Gate Studio (Avantasia, Kamelot, Epica). Oversense has everything a young band needs. Besides great songs with catchy tunes, especially exceptional talent Jassy J. on guitar and singer as well as songwriter Danny Meyer with his unique voice stand out. With that certain something up his sleeve, he knows how to captivate both the Metal girls and party-hungry headbangers.The story of Oversense begins in 2012 when Danny Meyer and Patrick Lippert record their first songs together and make contact with Olaf Reitmeier. In the following years, the EP "Dreamcatcher" was released, followed by the successful album "The Storyteller". The following winter, Jassy J., whose YouTube channel JJ's One Girl Band now has more than 265.000 fans around the world, is confirmed as a permanent band member. Oversense create a unique sound in the form of fat headbanger riffs, filigree solos and melodic anthems with the potential to make a huge impact on the international Metal scene.The album is released in a noble 6 panel Digipak CD with 16 pages booklet.