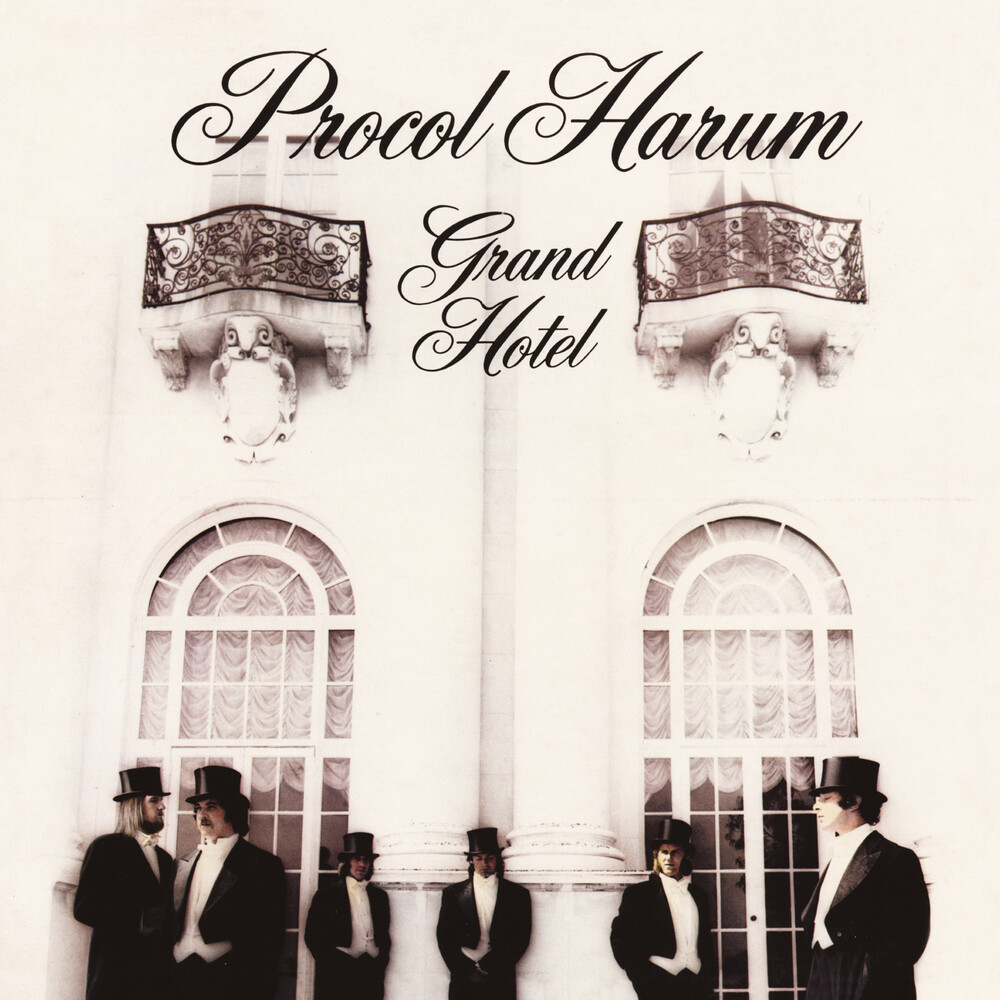 Vinyl LP pressing. Grand Hotel is the sixth studio album by Procol Harum. Released in 1973, it signaled a change of direction for the band. Although the band had gone through significant personnel changes in previous years, the band would enter it's most stable phase with this line up. The album reached #21 on the Billboard album charts. It peaked at #4 in Denmark, where the group was always well received.
back to top