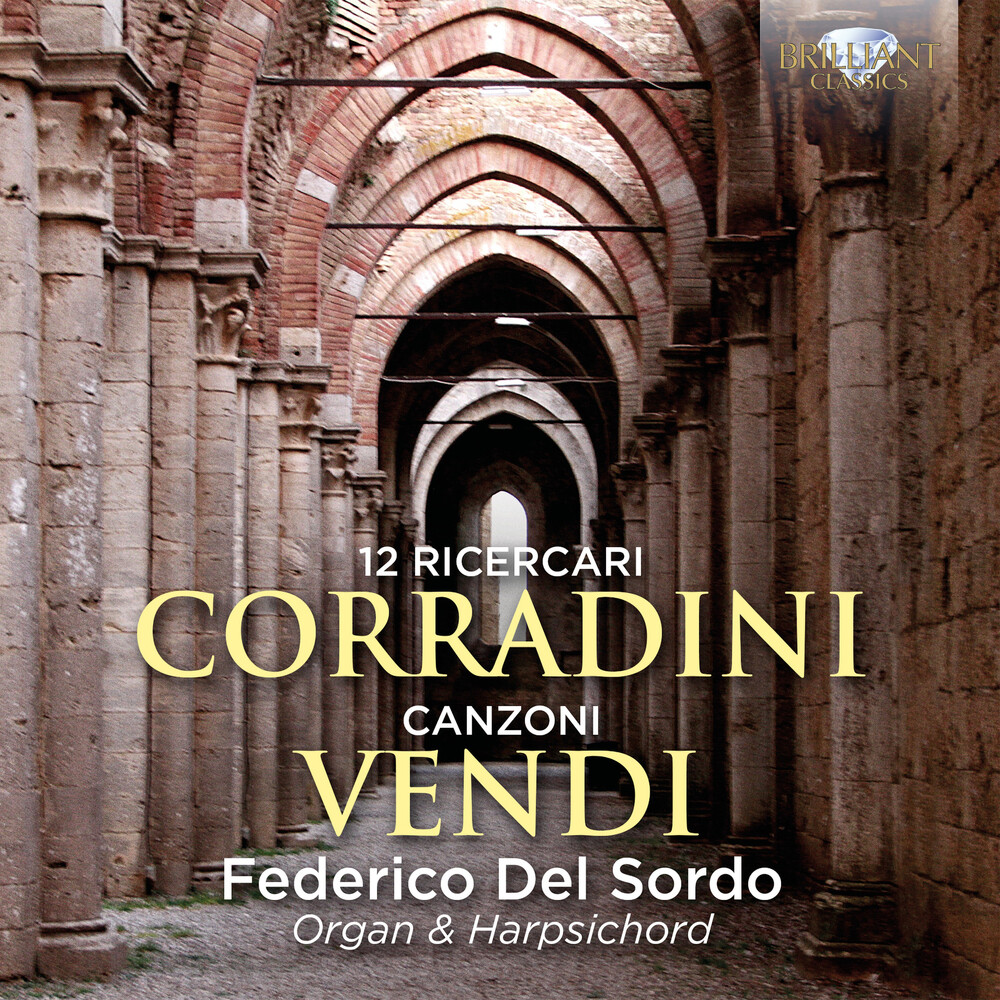 Biographical information on NicoloI Corradini is scarce, but we do know he spent most of his life in Cremona, the city where he was most likely born. His works include a Book of Madrigals for 5 to 8 voices with viol consort (published in Venice in 1620), the First Book of French Canzoni (Venice, 1620), Motets for 1 to 4 voices (Bartolomeo Magni, Venice, 1624) and the 4-voice Ricercari recorded here, from 1615. The only surviving copy of this latter collection - held at the International Museum and Library of Music of Bologna - is missing it's frontispiece and colophon, but according to Luigi Ferdinando Tagliavini it was printed, like his Motets, in Venice by Bartolomeo Magni. This is the only set of Corradini's music that fully lends itself to performance by a solo keyboard player, as the Canzoni are clearly better suited to a group of multiple instruments. Each of Corradini's ricercars - which cover the full range of 12 church modes - is based on multiple themes (called fughe). This polythematism keeps hearers of these grandiose musical paintings intrigued with a variety that - while clearly based on the architecture of the 16th-century choral motet - at times goes beyond it in a way more akin to fugues of the early 18th century, decades ahead of his time.