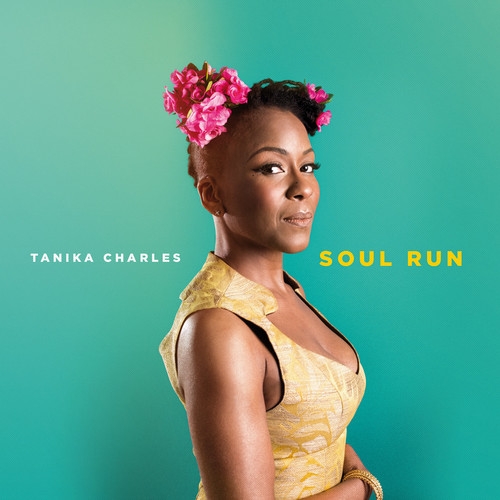 Already filed under "one of the heavy hitters of 2017" and anticipated by it's first single, the title tracks "Soul Run" which is hitting the airwaves all around the globe, Soul Run is the debut album by Canadian raising soul star Tanika Charles. The album produced among the others by Slakah The Beatchild (BBE Records), best known as a producer for his collaborations with Canadian rapper Drake, strikes a seamless balance between the warm authentic vintage Motown soul sound, yet contains a contemporary twist to it. A tricky thing to accomplish, however, Tanika has undeniably managed to achieve this, judging by the glowing reviews and support she's currently receiving from all around the globe. In a few short years, Tanika Charles has transformed from an emerging solo artist to a commanding performer and bandleader, a staple in the Canadian soul scene, both on and off stage. Her touring career has seen her supporting the likes of Estelle, Haitus Kayote, Lauryn Hill and Macy Gray. Highly impressive, considering she is only just releasing her debut album to the world, after her low-key EP release, 'What! What? What!?', back in 2010. Growing up on a musical diet of Patti Labelle, Jill Scott, Bob James, Stevie Wonder, D'Angelo, Bjork and The Black Crows, Charles' eclectic music taste subconsciously shines through in 'Soul Run', an album's name that came from a tragic part of Tanika's life.
This website uses cookies to personalize content and analyse traffic in order to offer you a better experience.
I accept Learn More
back to top