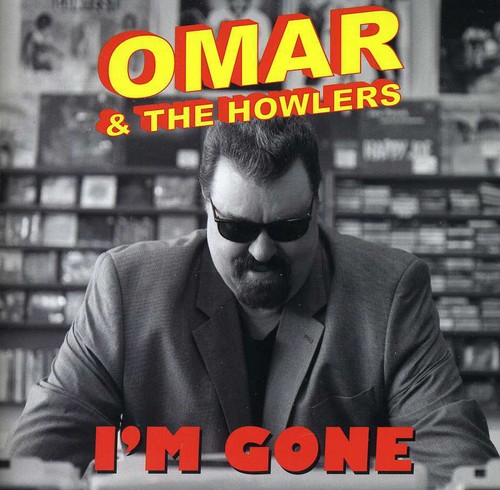 This is Omar Dykes' 50th anniversary CD and the first Omar & the Howlers release with new material since Boogie Man in 2004. With a recorded history of over 20 titles, this is the first release on Omar's own Big Guitar Music label, with more planned from this still active 21st century bluesman. Omar's diverse musical roots are show-cased on each track, with all songs being written by Dykes except I'm Mad Again by John Lee Hooker. The Howlers include Wes Starr and Bruce Jones, who have been playing with Omar since Big Leg Beat (1980), as well as Mike Buck, Ronnie James, and smokin' guitar from Casper Rawls and Derek O'Brien. Omar says, 'I wanted to put out a CD with rockabilly, country, and everything I like on it - genres of music that I grew up with.' Fans have been waiting eight years for a new Omar & the Howlers CD and finally, the wait is over. I'm Gone delivers everything they've been waiting for and more!