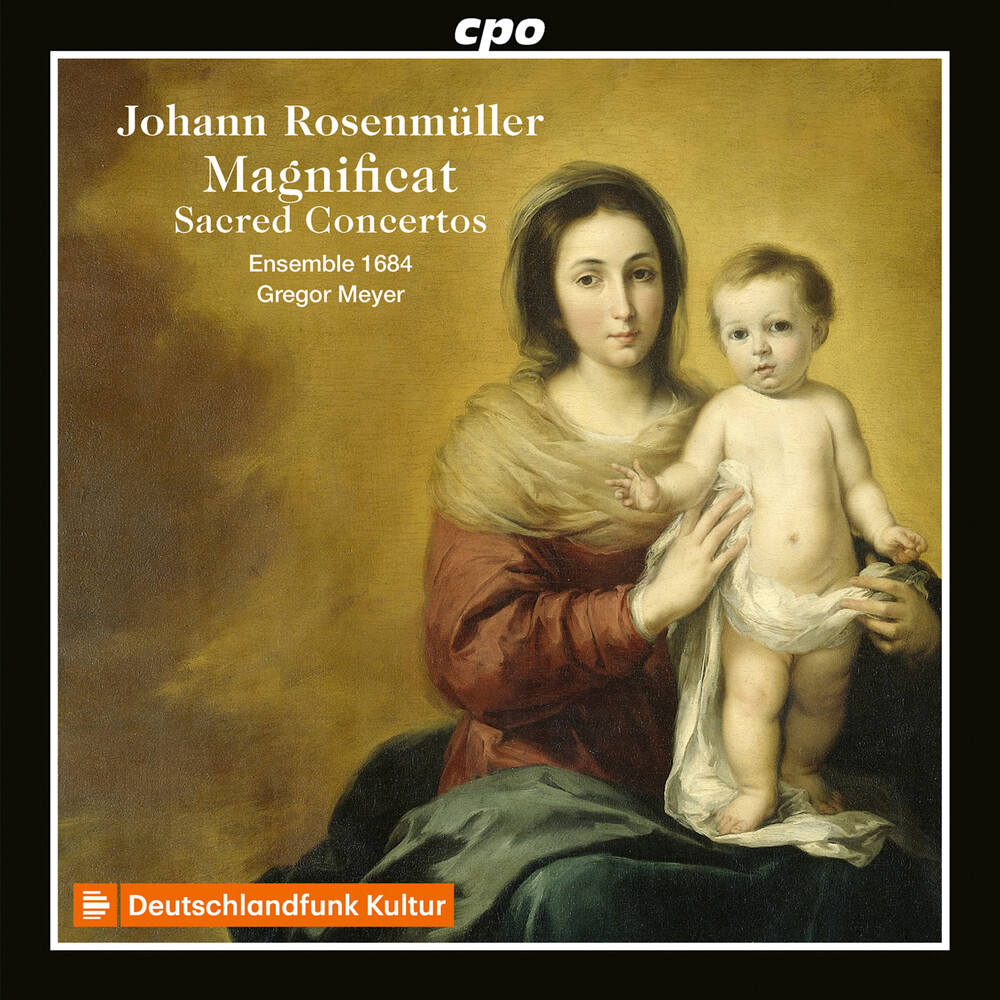 Following our first album with sacred concertos by Johann RosenmĂĽller, we are now releasing another album with concertos for larger ensembles by this genial composer and musician who quite soon attracted attention with his perfect musical blend and tireless creative drive as well as with his persistent striving for innovation. In his works RosenmĂĽller succeeded in blending the new Italian colorfulness and tonal sensitivity with the gravity of Central German music into a unique, sublime style. The more than one hundred works by RosenmĂĽller that have come down to us, most of them dimensioned on the large scale, reveal a composer who gave everything he had to bring to perfection the mixing of Central German and Italian stylistics begun in Leipzig and ultimately to lend the sacred concerto a personal signature. "The music speaks for itself, for it is filled with enthralling moments. Such a discovery would not be possible without such an impressive interpretation as that of the Ensemble 1684. The soloists shine in their outstanding textual articulation and flawless vocal technique; the instrumentalists always provide for optimally balanced dialogues."
back to top