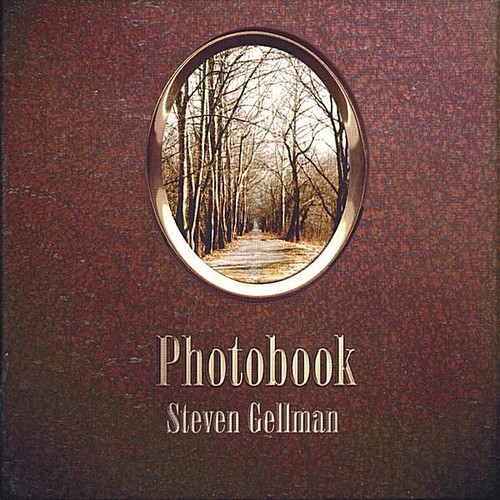 Photobook, Steven's first full length produced CD. Special guest artist include Pete & Maura Kennedy, Al Petteway & Bruce Molsky. Steven's Bio: Billboard Magazine describes Steven Gellman's music as 'intensely sensitive and impressively intelligent at the same time'. As another reviewer aptly phrased it, Gellman's songs are 'Kodak moments' from his life. He often performs in nursing homes and retirement communities, and even used a choir of senior citizens as backup on the track 'Almeda at 90' from his album 'Photobook'. Dick Cerri, President of the World Folk Music Association says 'Steve's natural ability on stage enables an audience to not only enjoy the songs and stories, but to participate in the performance.' Nowhere is there a better example of how Gellman touches people's lives than the story of fan Jennifer Baker, blind and wheelchair bound from a lifelong struggle with kidney failure. She first heard Steven at a Borders Book store concert and instantly became one of his most ardent fans. His music was an inspiration to her in her last months and Gellman performed at a memorial service in her honor to benefit the National Kidney Association. The song 'A Little Bit Fine' on Steven's CD 'Return to Summer Lake' was written for Jennifer and is one of his most requested songs. His new release, 'Love Loss Longing', is Steven's first concept album. The eleven-song collection describes the journey one goes through at the end of a relationship. As Steven puts it, 'To me, each song represents a chapter in a book, there is a beginning, middle and end. Every emotion is explored here -- sadness, anger, hope and joy.' Gellman performs throughout the United States and Canada at the premiere acoustic music venues such as The Birchmere in Alexandria, VA, The Ark in Ann Arbor, Michigan, The Blue Bird CafĂ© in Nashville, TN, The Tin Angel in Philadelphia, PA, and Club Passim in Boston, MA. In Washington, DC, he has performed at the venerated National Theatre and the most sought after venue of all, The White House. Steven has opened shows for Dar Williams, Cheryl Wheeler, Richie Havens, Richard Shindell and Al Stewart. Steven has garnered critical acclaim across the country - he was nominated for 4 awards from The Washington Area Music Association Awards (WAMA) and by The Gay/Lesbian American Music Awards (GLAMA) for Debut Album of the Year. His release 'Return to Summer Lake' was chosen by Barnes & Noble for national distribution and was featured on their listening post wall. Don Murphy of the National Theatre says 'Steven Gellman's insightful original songs and homespun stories provide a soul-warming folk rock respite in a busy chilly world.'