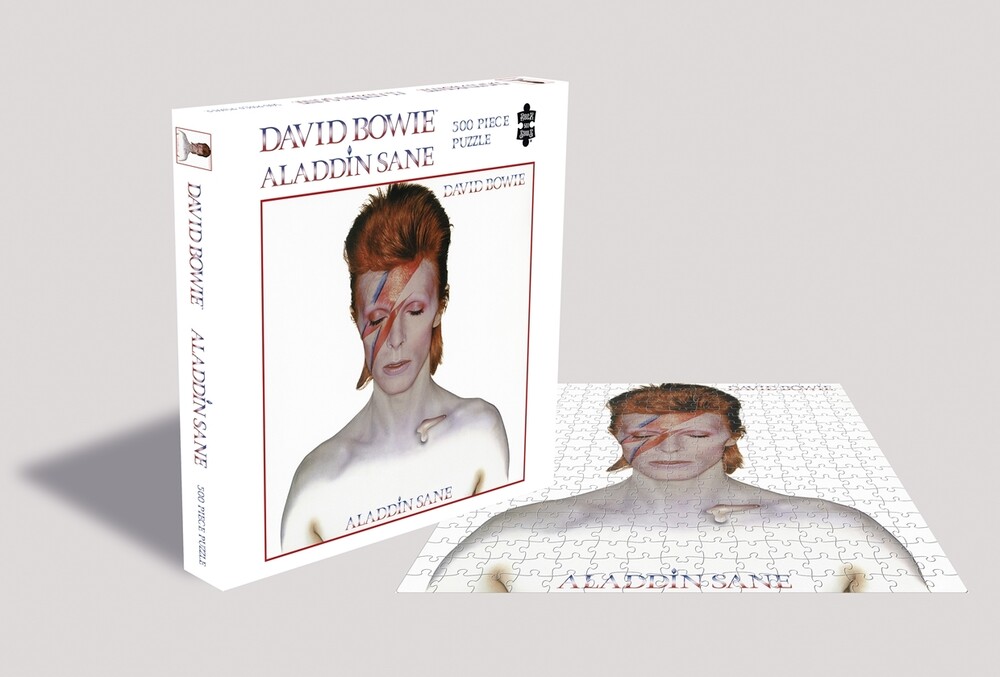 "Aladdin Sane" is David Bowie's sixth studio album, released in April 1973. Following the commercial breakthrough of "The Rise and Fall of Ziggy Stardust and the Spiders From Mars", it was the first album Bowie wrote and released from a position of stardom. Featuring the hit singles "The Jean Genie" and "Drive-In Saturday", the album debuted at number 1 of the UK charts with a purported 100, 000 copies ordered in advance of it's release. The album is estimated to have sold 4.6 million copies worldwide, making it one of Bowie's highest-selling LPs. The album is among six Bowie entries on Rolling Stone magazine's list of the 500 greatest albums of all time and is featured in the book 1001 Albums You Must Hear Before You Die. The album artwork featuring a lightning bolt across Bowie's face is considered as one of his most iconic images and is now available as a 500 piece jigsaw puzzle printed on high quality board. Weight: 490g, Jigsaw size: 41 cm x 41 cm, Box size: 30.9cm x 30.9cm x 2.8cm