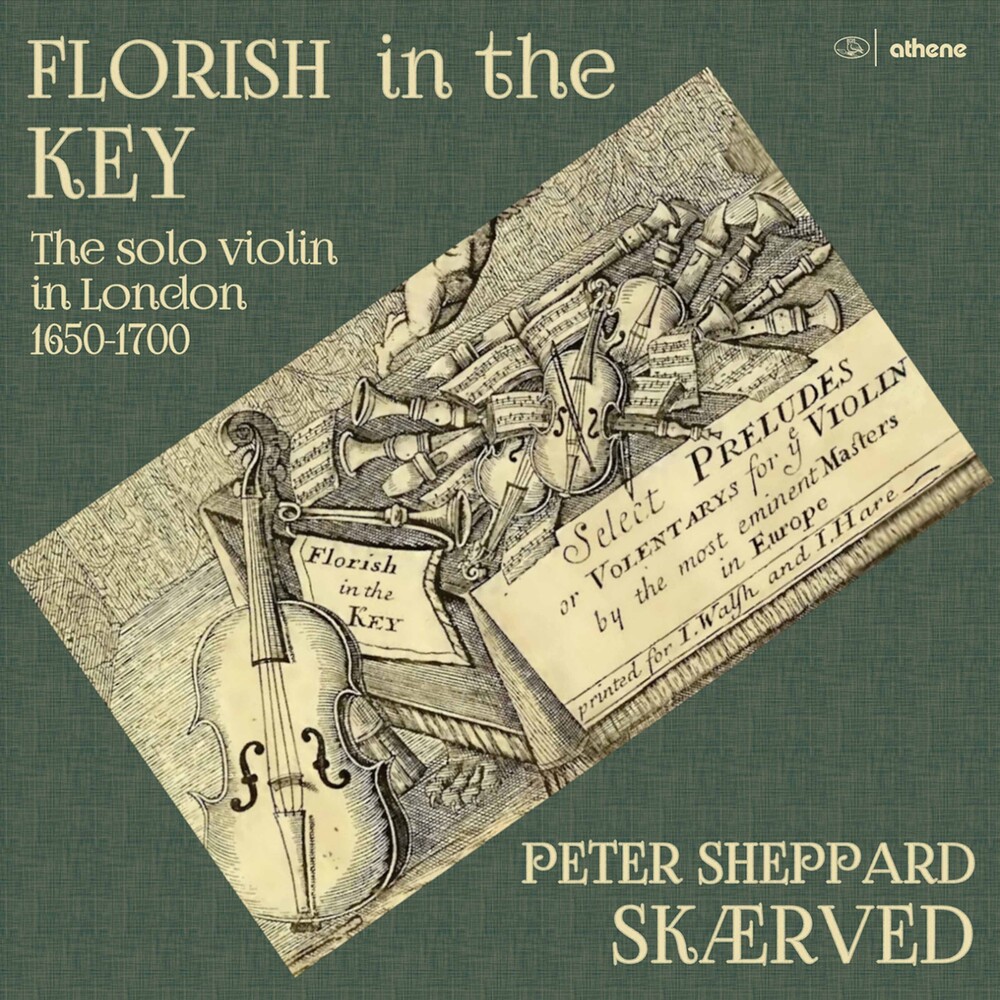 As well as being internationally recognized as a leading interpreter of music new and old, Peter Sheppard SkĂ¦rved is the only violinist to have performed on the personal violins of Viotti, Paganini, Joachim, Kreisler and Ole Bull. Here he presents the works from 'Preludes or Voluntarys' (2nd edition, published by John Walsh in 1705. The edition includes petite gems from the leading lights of the age such as Purcell, Biber, Pepusch, Correlli and Torrelli, and some whose names are somewhat forgotten: Matteis, Bassani and Vitali - and more who are only known by their surname, probably musicians of the royal court who had presented a work to Walsh for publication. It's also true that Walsh included several extracts from sonatas, suites and other chamber works, not always correctly attributed. These fascinating pieces are played on a 1664 violin of unknown make which was a instrument of King Charles II's court orchestra. The album also contains several works by the (at the time) highly regarded Thomas Baltzar, played on the superb 1629 Girolamo Amati violin also used for Sheppard SkĂ¦rved's most recent 'Great Violins' recording. Altogether a wonderful album, both musically and historically.
back to top