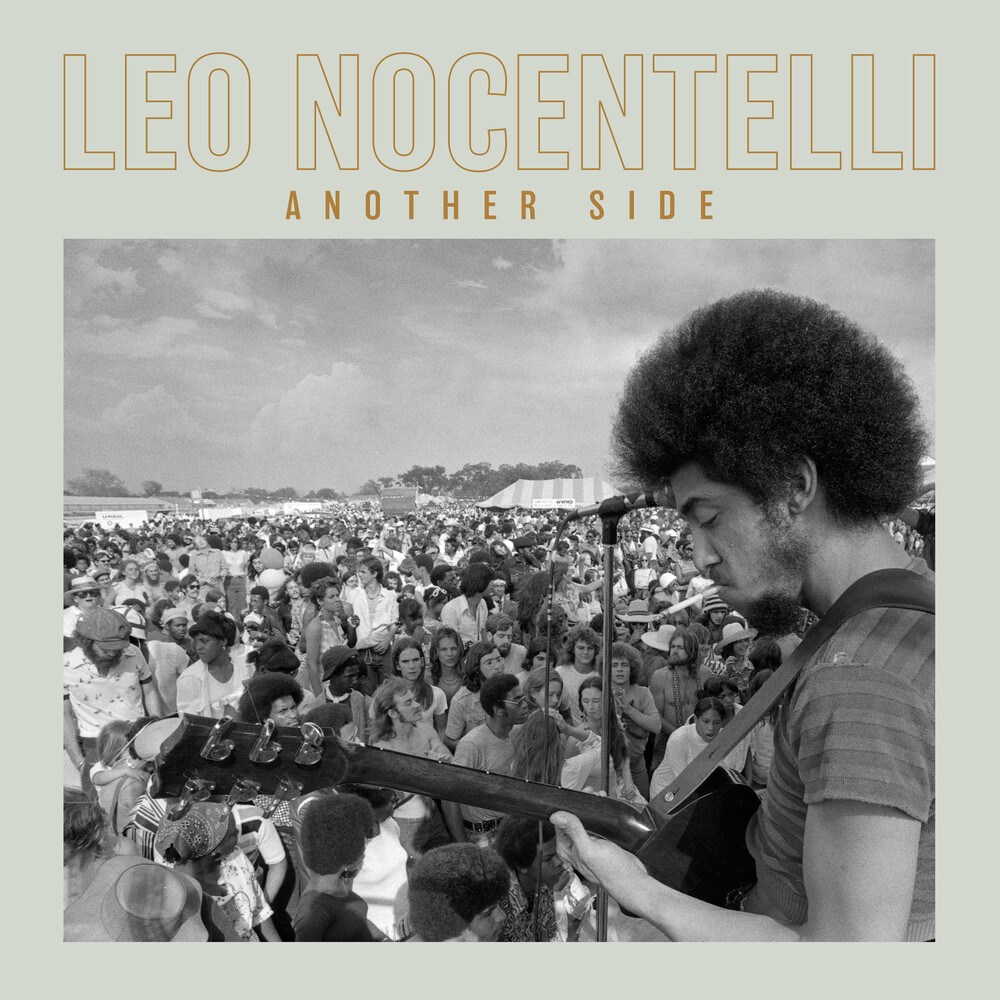 Another Side
Artist: Leo Nocentelli
Format: Vinyl
New: Not in stock
Wish

At just fourteen, Leo Nocentelli was backing up Otis Redding. Soon after, he was playing on hits for Lee Dorsey, The Supremes, and The Temptations. As an original member of The Meters, Leo wrote instant classics "Cissy Strut" and "Hey Pocky A-Way," but his greatest moment on record may be totally unknown, until now... Recorded at Cosimo Matassa's Jazz City Studio in New Orleans in the early '70s and then lost to the ages, Another Side is one of Leo Nocentelli's most personal and definitive moments ever cut to tape. A mixture of funky folk and rootsy, raw emotion (think Bill Withers and James Taylor meeting Allen Toussaint at Link Wray's Three Track Shack), this previously unheard album shines like the sun on a spring day on the New Orleans fairgrounds. Backing Nocentelli is an all-star line-up of New Orleans royalty, including Allen Toussaint (piano), James Black (drums), and both George Porter Jr. (bass) and Zigaboo Modeliste (drums) of The Meters. Deeply introspective, the album features nine original songs by Nocentelli, plus a soulful rendition of Elton John's "Your Song." Half a century later, these recordings sound just as fresh and engaging as the day they were recorded. What makes Another Side even more extraordinary, however, is the fact that the album-which could have easily become a classic in the '70s singer-songwriter canon-sat untouched for decades; miraculously surviving the devastating blow of Hurricane Katrina, only to be found 2,000 miles away at a Southern California swap meet in 2018 by record collector Mike Nishita.
back to top