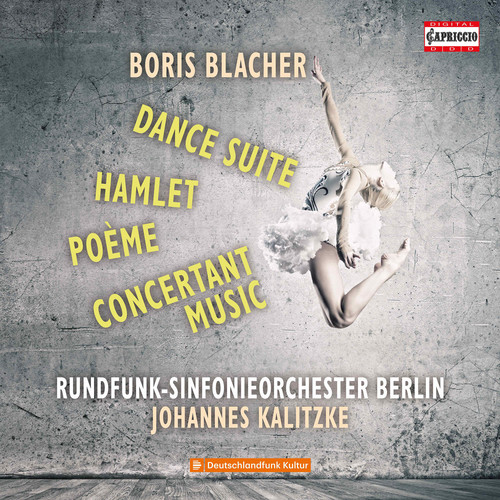 What Boris Blacher passed on to many of his students - like Gottfried von Einem, Aribert Reiman or Isang Yun - primarily also characterizes his own music: a pronounced gestic and dance-like energy, lyrical melodies, orchestral sparkle, but also very subtle and intimately instrumented moments. The Poeme is an excellent example of the fact that for Blacher, who wrote a large number of 'genuine' ballets, movement plays a central role even in works that are to be understood as absolute music. It sounds almost a little strange that such an individualist and musician open-minded to absolute innovation had no direct problems with the conditions imposed by Nazi cultural policy also on the whole field of music, but quite the opposite, was in a position at that time to compose some of his major works.. It was probably due to the disunity of the pundits in the Third Reich that Blacher was permitted to continue his very individual course, without being disciplined too severely.