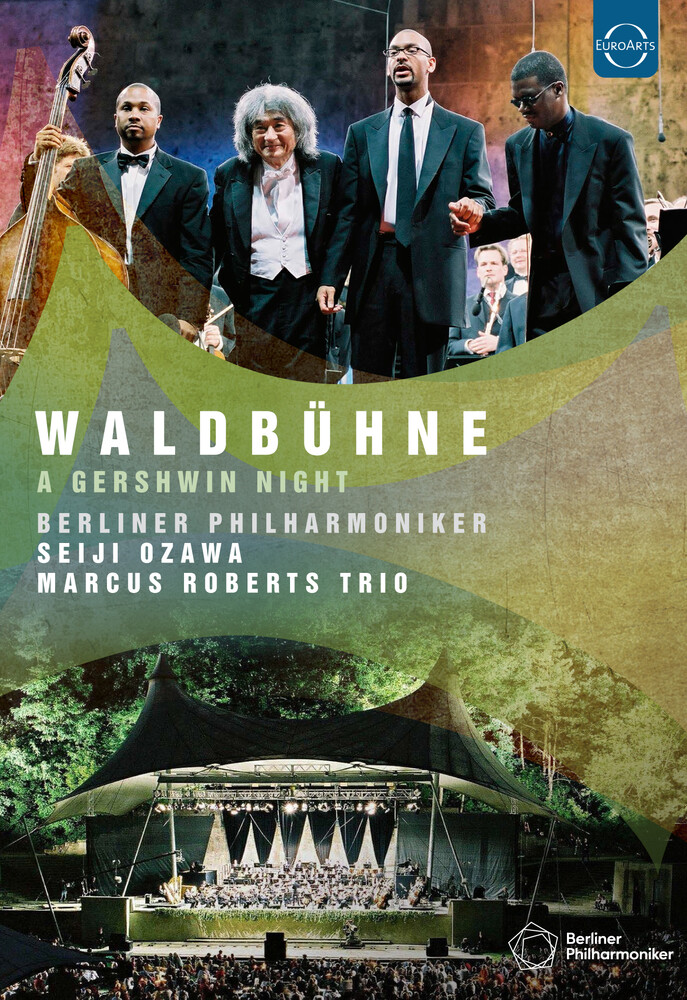 Recorded at the annual summer concert of the Berliner Philharmoniker at the Waldbühne in Berlin 2003, this DVD captures the magic atmosphere of an open-air Gershwin night in full while also allowing a closer look at the musicians and the conductor. Conducted by Seiji Ozawa - one of the longstanding stars in the classical world - the Berliner Philharmoniker were joined by jazz pianist Marcus Roberts and his Trio, whose album "Gershwin For Lovers" stayed in the Top 10 on Billboard's jazz chart for six months. Together they created a magical fusion of classical music and jazz bringing an imaginative mix of styles into the swing of Gershwin's music. In the bonus film, Seiji Ozawa and Marcus Roberts talk about Gershwin and their music making.
back to top