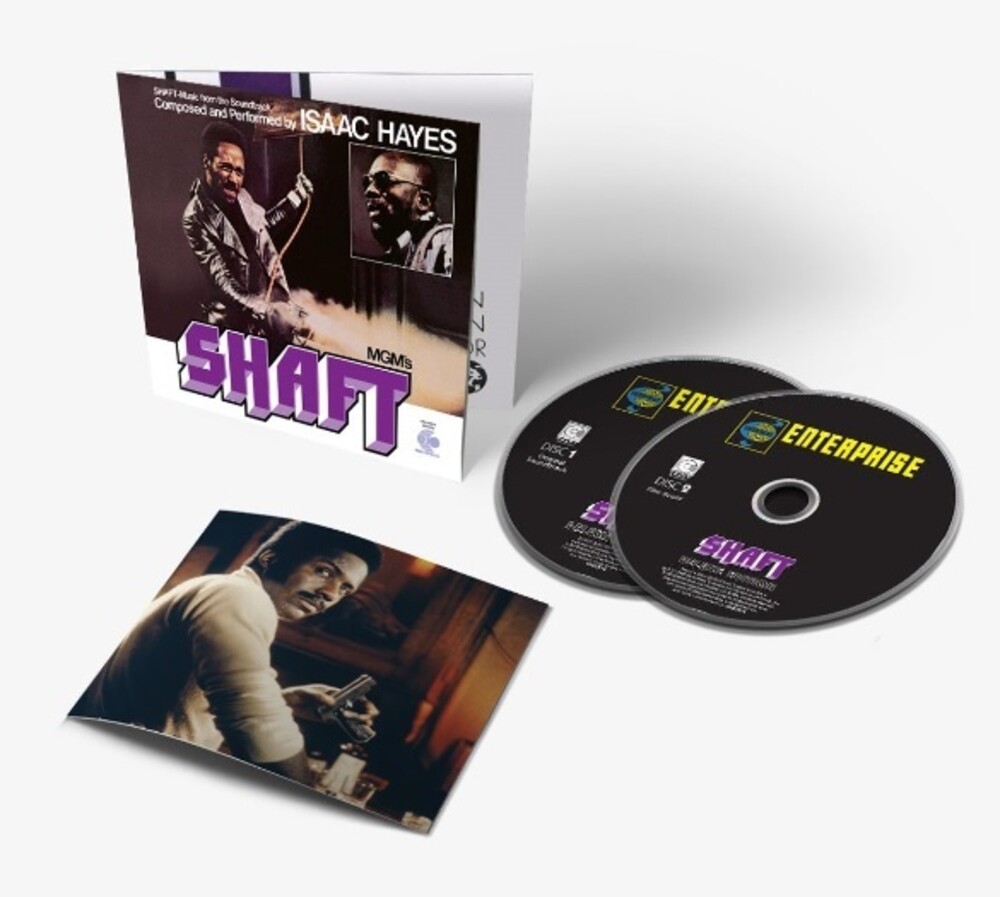 Digitally remastered and expanded deluxe two CD edition. The original Shaft soundtrack reached #1 on Billboard and won a Grammy for Best Film Score, while the "Theme" won the Oscar for Best Original Song. However, the music from soundtrack and the film were actually not the same. After recording the music that would be used in the film in L.A., Hayes returned to Memphis to re-record songs to be released as the soundtrack. It's taken 48 years, but finally both the music from the film and the soundtrack can be heard together in this deluxe two CD edition.
back to top