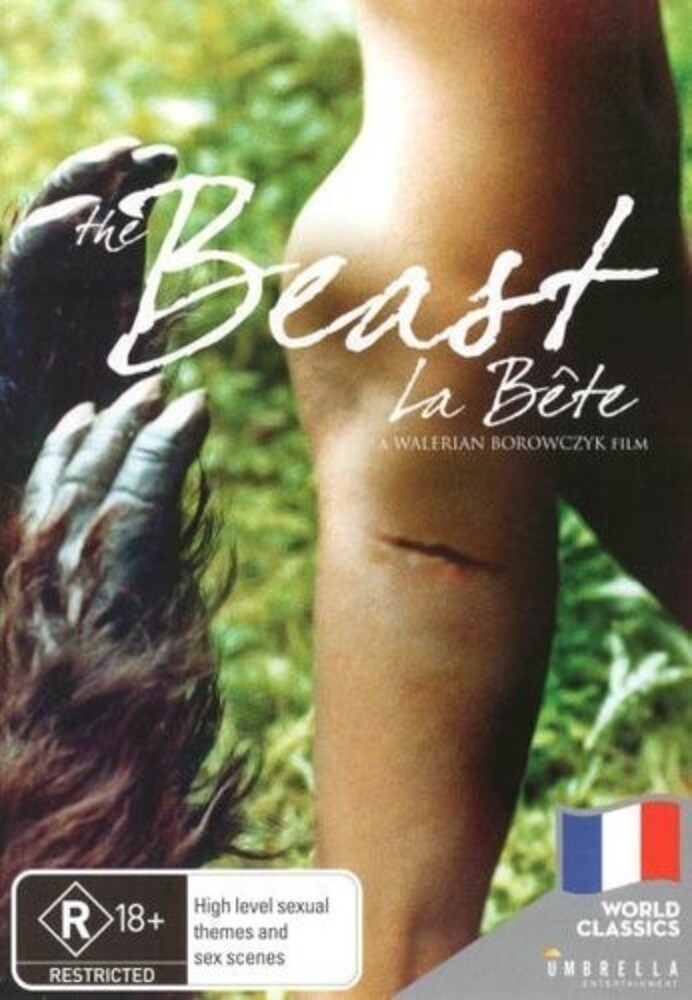 NTSC/Region 0. Originally turned down flat by the British Board of Film Censors and initially released exclusively in London in a version heavily cut by it's nervous distributor, The Beast is Walerian Borowczyk's most notorious film, although it's much wittier and more playful than it's subject matter might suggest. Lucy Broadhurst (Lisbeth Hummel) is due to inherit a substantial fortune, but on condition that she marries the son of her late father's best friend. But Mathurin de l Espérance (Pierre Benedetti) seems more interested in his horses than in his bride-to-be, and when Lucy finds out about the story of his 18th-century ancestor Romilda (Sirpa Lane) and brings her to life in one of the most outrageous dream sequences in cinema history, we begin to realize just how bizarre Mathurin s bloodline truly is.