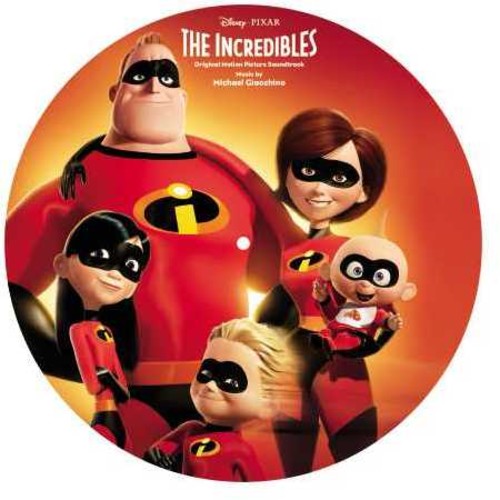 Limited picture disc vinyl LP pressing. Original soundtrack to the 2004 animated motion picture. In support of the highly anticipated sequel, get ready to fight foes and villains alike while listening to the original The Incredibles soundtrack on picture disc vinyl! You'll save the day with a score by Academy Award winning composer Michael Giacchino and stunning images of our valiant family including Mr. Incredible, Elastigirl, Violet, Dash and Jack Jack! The Incredibles is the first Pixar film to be scored by Michael Giacchino. Brad Bird was looking for a specific sound as inspired by the film's design - the future as seen from the 1960s. The complete orchestral score was released on November 2, 2004 by Walt Disney Records, three days before the film opened in theaters. It won numerous awards for Best Score and was nominated for the Grammy Award for Best Score Soundtrack for Visual Media.