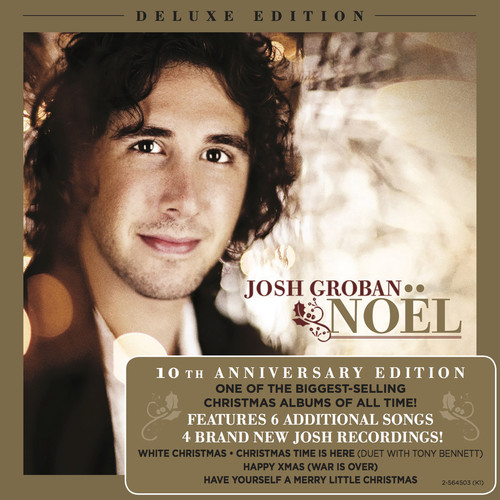 Deluxe 10th Anniversary Edition featuring six bonus tracks including four new recordings. Noël is the fourth studio album by Josh Groban. According to Nielsen SoundScan, the album sold 3,699,000 copies in 2007 after it's release, making it the overall best-selling album in the U.S. for all of 2007. It was also the best-selling holiday album in 2008 with sales of 915,000 copies. Noel is the second best-selling holiday album in the U.S. in the Nielsen SoundScan era behind Kenny G's 1994 holiday set Miracles: The Holiday Album.