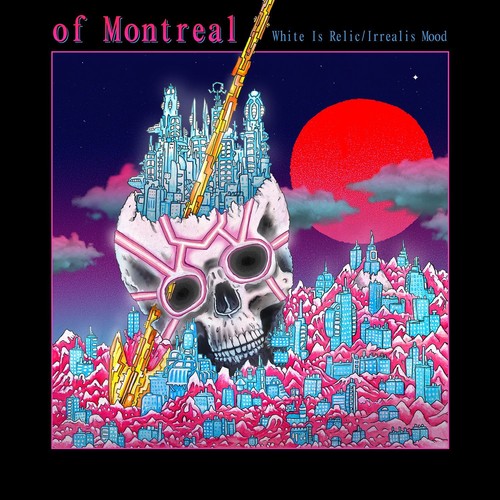 Of Montreal TITLE: White Is Relic/Irrealis The two title concept came to me when I was thinking about how difficult it is to frame the message of a song with just one title, because so often the songs are about so many different subjects. 'White Is Relic' was inspired by James Baldwin's writings regarding the creation and propagation of a toxic American White identity. I've come to learn how it's just a tool wielded by the 1% to give poor white people a false sense of superiority in an effort to keep the masses placated and numb to how deeply we're all getting fucked by our capitalist rulers. An 'Irrealis Mood' is a linguistic indicator that something isn't yet reality but does have the potential to become so. I'm always searching for new identities so this concept of the death of "Whiteness" appeals to me greatly. Might be the only way to save the world. -Kevin Barnes, January 2018
back to top