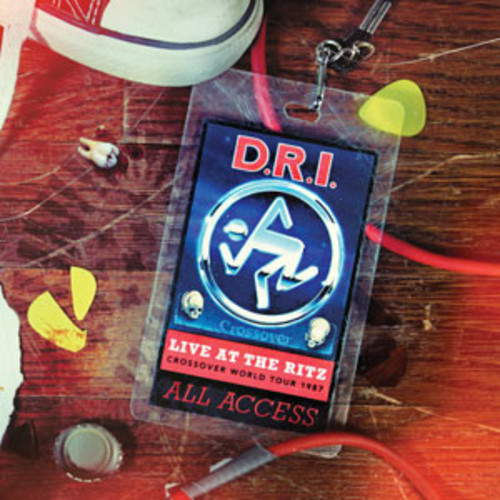 Vinyl LP pressing. 2017 live archive release. Beer City Skateboards And Records is proud to officially announce the release of D.R.I. Live at the Ritz 1987. This is a legendary professionally recorded show D.R.I. did on their Crossover' tour back in June 27th 1987 at the Ritz in NY! Not only was this professionally recorded, but the sound was also restored and remastered by Shawn Franklin of TDX for this release. So get this release and take a trip back in time with the legendary D.R.I. The crossover thrash metal band never gained a mainstream audience, but the integration of their hardcore punk roots with thrash metal influences was a stylistic catalyst for their contemporaries - most notably Suicidal Tendencies, Corrosion of Conformity, S.O.D. and Cryptic Slaughter - alongside whom they are considered to be one of the major pioneers of what would later be called "crossover thrash", along with Adrenalin O.D., with both bands having a heavy influence on modern thrash, particularly Scott Ian and his band Anthrax.
back to top