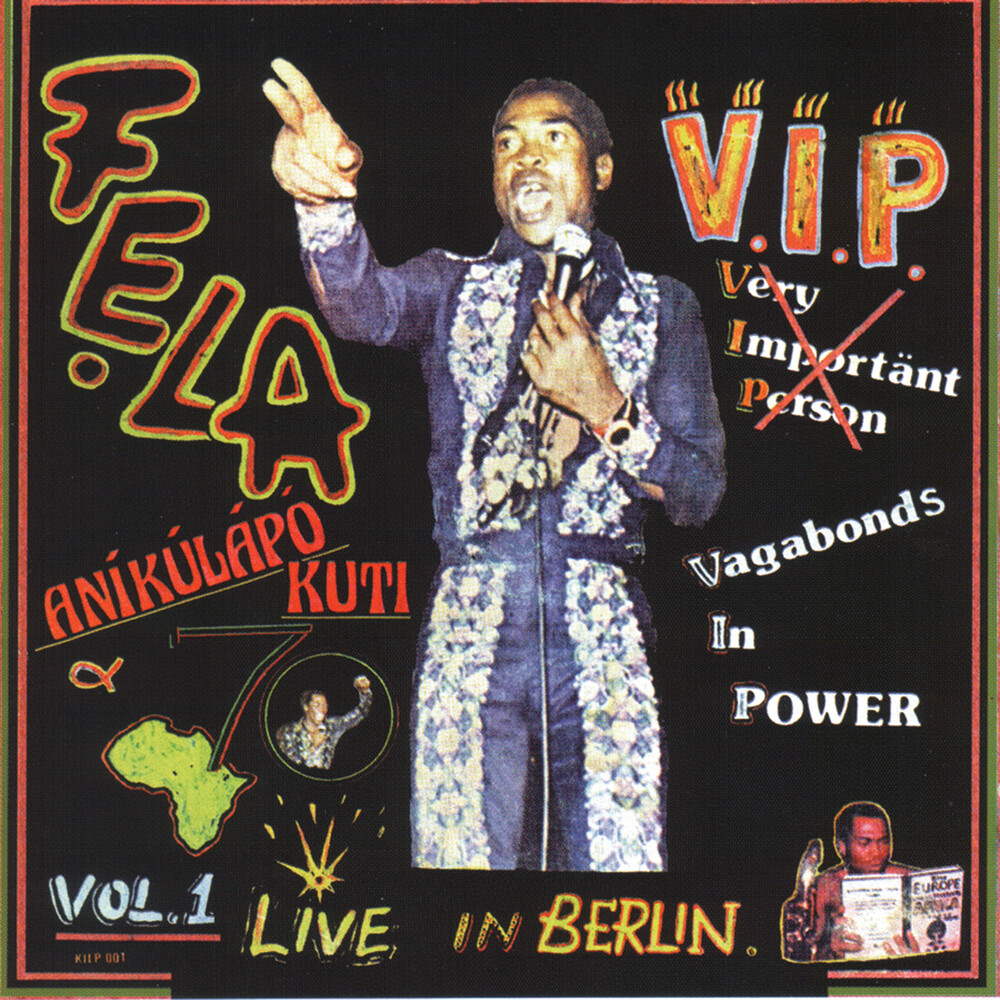 Knitting Factory Records reissues Fela Kuti's V.I.P. on vinyl LP, previously only available as part of the Box Set series. V.I.P. (Vagabonds In Power) was recorded live at the Berlin Jazz Festival in autumn 1978 and released the following year. It is a ferocious and lyrically exalted attack on the abuse of state power. The festival straddled the cusp of the break-up of Afrika 70 and the formation of Egypt 80 in spring 1979, and V.I.P. (Vagabonds In Power) was the last album Fela made with the drummer Tony Allen, who had been with him since 1964 and acted as Afrika 70's bandleader. The audio has been restored and remastered from Fela's original Nigerian recordings. The artwork has been meticulously recreated from original album artwork.
back to top