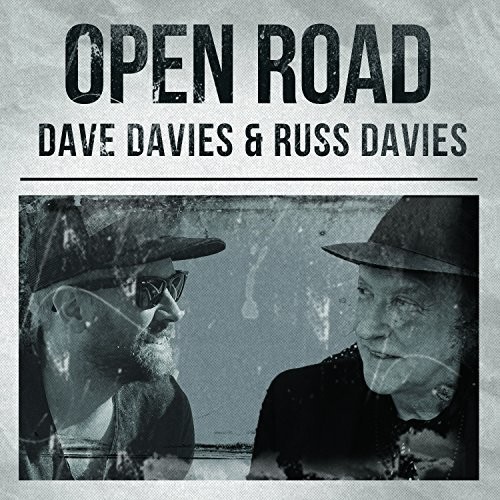 His 70th birthday just passed on Feb. 3, and Dave Davies, former (and perhaps future?) lead guitarist of The Kinks, sure shows no signs of slowing down. The man who invented some of the greatest riffs in rock-is there one more classic than "You Really Got Me"?-and the writer and vocalist on some of the band's most memorable songs ("Death of a Clown, " "This Man He Weeps Tonight"), has a full plate in front of him for this year. On March 31, 2017 Davies a new album, a collaboration with his son Russ Davies titled Open Road. No information has yet been released about the track listing or other personnel. The album will be distributed by Red River Entertainment. It'll be Dave Davies' first new release since 2014's Rippin' Up Time and the 2015 companion piece Rippin' Up New York City-Live at the City Winery.