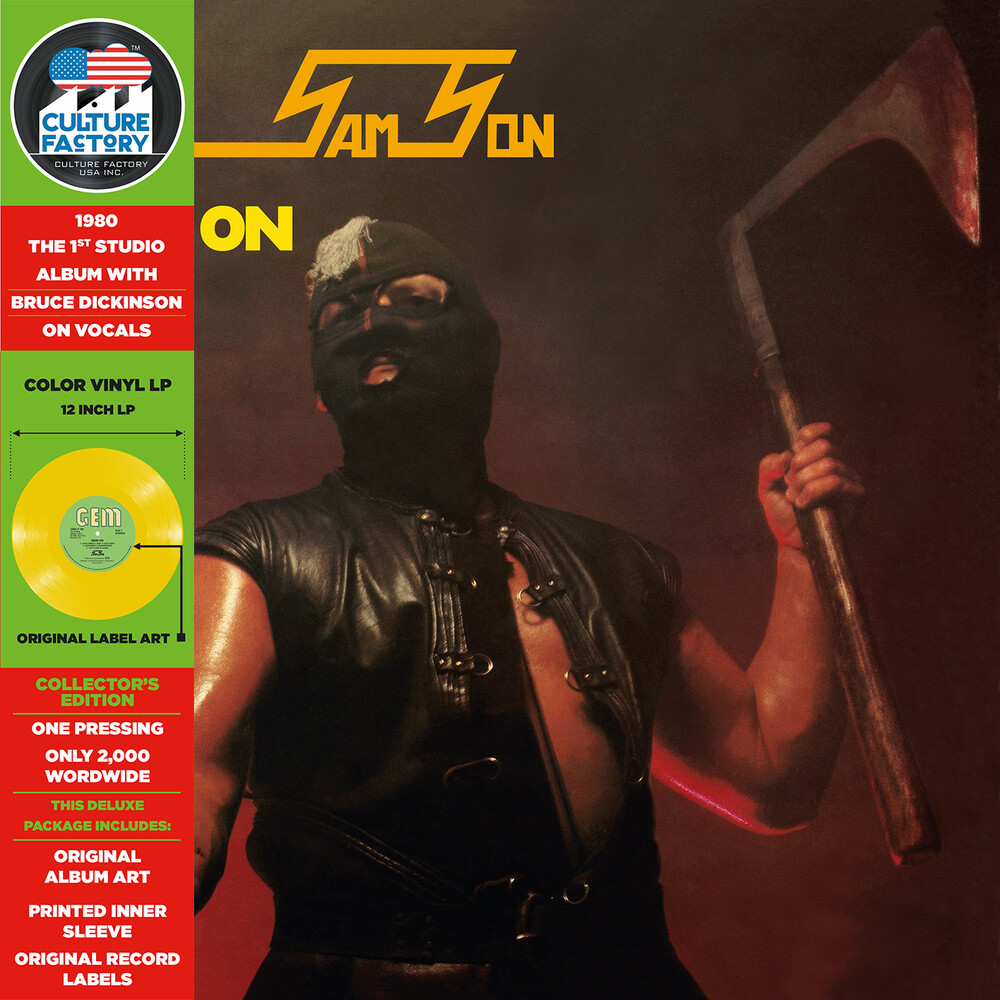 Head On is the 2nd studio album by British heavy metal band Samson, released in 1980. This is the 1st album with future Iron Maiden frontman Bruce Dickinson on vocals. The instrumental "Thunderburst" is credited as co-written by Steve Harris. The track is in fact a version of "The Ides of March", an early Iron Maiden song written during the brief time in 1977 in which Thunderstick was in Iron Maiden. Iron Maiden released their own version on the Iron Maiden album Killers the next year. Deluxe packaging includes: OBI strip, Single jacket with one pocket, printed inner sleeve and Yellow translucent color vinyl with original record labels.