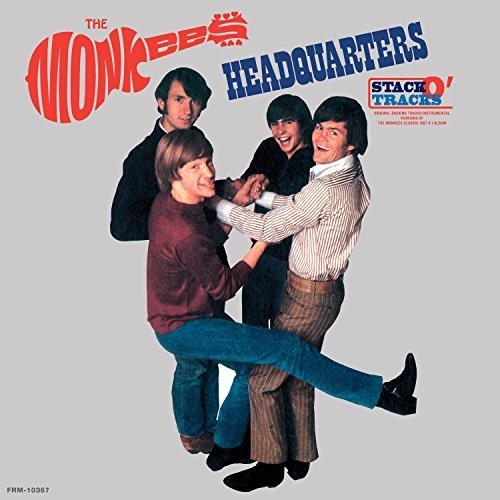 Limited clear colored vinyl LP pressing. "That could have been your face!" Thus ended a tense January 1967 meeting between the Monkees and Don Kirshner as Mike Nesmith punched a hole in the meeting room wall. The source of the frustration was the total control that Kirshner, The Monkees television series musical coordinator, exerted over the selection of songs to be recorded as well as the choice of which studio musicians would play on the sessions. The four Monkees, their recording roles limited to vocal contributions, struggled to gain more authority over the process as they were increasingly stung by criticism of them as a mere TV creation, "the Pre-Fab Four." While they were initially brought together by the series, all 4 members had musical backgrounds and yearned to gain command over their recordings. By the following month, Kirshner was dismissed and the group won their battle to be the sole Though they still used material from outside writers, many of the album's selections were self-penned, including Nesmith's soaring "You Just May Be the One, " Tork's "For Pete's Sake, " which became the series' closing theme in it's second season and Dolenz' "Alternate Title (Randy Scouse Git), " inspired by the group's recent trip to England where they met The Beatles. The first song by Dolenz to be released commercially, the single became a top 5 hit in the UK, appropriately. The album itself, released May 22, 1967, debuted at #1. One week later, it was dethroned by cultural juggernaut Sgt. Pepper's. However, it remained at the #2 position for 11 consecutive weeks. It was quite a vindication for a group of unproven actor-musicians vying for respect from their fans and peers.